Here is the list of billionaires kidnapped in the past:

Mohammed Dewji, one of the world’s youngest billionaires kidnapped on Thursday in Tanzania is yet to be found.
The search for him is still ongoing almost 24 hours after Tanzanian police refuted claims that he had been rescued from his abductors.
Three people have since been arrested in connection to the incident but the motive remains unclear.

Over the years, several other multimillionaires have been kidnapped:

Ivan Kasperksy.
He is the son of a wealthy software developer, Eugene Kasperksy. According to the Stratfor, he was abducted in 2011 by unknown people at gunpoint. He was held for ransom in a Moscow home. Police managed to trace the kidnappers and arrested them before they could get any money from the Kasperksys.

Alfredo Harp Helu.
According to Spain’s Television, he was a wealthy businessman in Mexico. He was kidnapped in 1994 and held for 106 days. He was only released after his son announced in a television broadcast that he was ready to meet the captors demands. The amount of money they paid wasn’t disclosed.

Walter Kwok.
The South China Morning Post said after inheriting an the estate of Honh Kong’s largest real estate, he was named one of the richest people in the Forbes list. In 1997, he was abducted by Cheung Tze-Keung, one of China’s well known gangsters. Mr. Kwok’s wife, Wendy negotiated with him without involving the police. Tze-Keungh was paid $600 million. He was later arrested and executed in People’s Republic of China in December 1998.

Cindy Birdsong.
She was a singer of Patti La Belle and the Bluebells. According to Soulful Detroit Forum, Ms. Cindy was kidnapped by her neighbour, Charles Collier after returning home with her boyfriend. She grabbed the knife the kidnapper held untied her arms and escaped from the car he drove at 40 miles per hour. She ran and informed the police who later arrested Charles.

Teddy Wang.
He was the Chinachem chairman and Kong Kong’s property billionaire.The Post reported that in seven years he was kidnapped twice. However, the second time he did not go home. The kidnappers believed to have well planned the capture demanded $60 million for his release. Mr. Wang’s paid half of the amount and was to pay the other half upon her husband’s safe return. The Chinese police managed to trace them and the Navy chased them off the Hong Kong coast. The captors dumped Mr. Wang into the sea. They were later captured and part of the money returned. 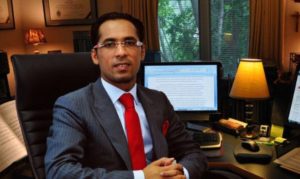 UG Comedian Salvado To Eric Omondi: “Don’t Be Taken for a Ride. Get That...

admin - November 4, 2021
0
In the wake of journalist Jacque Maribe declaring comedian Eric Omondi a deadbeat father, more people are adding their voice to the saga. Eric Omondi cast doubt on the...
Read more

Luo man from Nairobi get hospitalised after discovery the house he...